{someone hates me} I’ve finally made it!

I think I experienced a significant milestone on the blog last week, my first hate comment. It was so exciting!

What made it even more amazing was that it was a comment on my post about meditation. Seriously.

In that very post that elicited such a strong response I talked about growing up a serious people-pleaser. For most of my life I sought validation from making other people happy, and I felt wrong and like I wasn’t enough if someone was unhappy with me, like I’d failed as a person somehow. I grew up and went into a creative profession, first studying Interior Design and then Architecture, and both in school and then in my early career I never had the courage to really go for an idea and stick by it out of fear of criticism. I was always trying to anticipate what someone else would like, and be like that, or propose that, instead of aligning to my truth, or what I felt was the best solution, regardless of anyone else’s opinion. That can be pretty crippling.

For me, one of the biggest hurdles I’ve had to overcome in getting more in touch with myself, creating the life that I’m really wanting, and having my dreams, is letting go of the pressure to make everyone happy, to have everyone’s approval, to not offend or upset anyone.

When you are living your life trying to make everyone else happy, or get everyone’s approval, or even just avoid having someone dislike anything, it’s inevitable that you have to dull yourself down to some degree… sometimes a little, sometimes a lot.

“The spirit of your blog is great  — your writing is quite poor, and if you want people to take your seriously, there are some rules you do have to follow. Grammar rules. Good writing rules. I couldn’t get further than the first couple of paragraphs due to the horrible writing — which seems to be a common thing with Millennials.”

“Where in the name of gods and goddesses of good communication did you get the idea that you should put quotes, incorrect quotes at that, around ordinary words in a sentence? Quotes indicate the words of someone else. They are not used for emphasis. Never. (Not, “never.”) Stop it. Stop it. Stop it. It is beyond annoying to read childish writing like that.”

“And for the love of the above mentioned gods and goddesses of communication, STOP saying awesome in every other phrase or sentence! Is your vocabulary that limited?”

“Stop, until you learn to write — which if it hasn’t happened by now, with the very basics of English — is not likely to happen. Save the readers! Stop the blogging!” 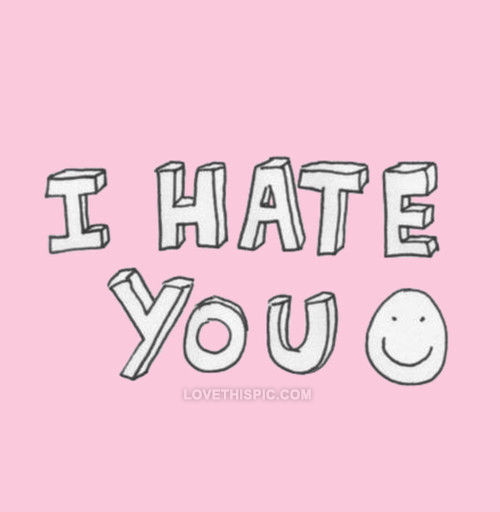 How dare you not do something exactly right.

If you can’t do something without making a mistake, then you shouldn’t even try.

How dare you be excited and say awesome too many times. Learn some new words you loser.

If you can’t do something the right way, then you shouldn’t be doing it at all.

You’re totally wrong for doing something outside of my parameters of what is right and acceptable.

The only way that I can be right or validated is if someone else is wrong and invalidated.

You are the wrongest person ever and how dare you speak and have a voice at all.

I knew that I’d come a long way when I read this comment and all I could do was laugh. Aside from “the spirit of your blog is great”, it was a whole paragraph of how horrible and wrong I was. How dare I misuse quotes, how dare I emphasis the word good, or right. If you can’t write correctly, then don’t do it at all!

Not that long ago this would have crushed me.

If no one ever took a chance and took a step to be seen, live their dreams, connect with their creativity, out of fear that someone wouldn’t like it, the world would be a sad place. With no art, with no comedy, with no profound stories or inspiring music. If no one broke the rules or did something a little ‘bad’, we wouldn’t have new inventions, or new discoveries, new technology, new dance styles, new Architecture… I could go on forever.

I am not going to apologize to anyone for going after my dreams, for putting myself out there, for taking steps to own and grow my creativity, or for saying awesome too much. And neither should anyone else.

Being the wrongest has never felt so right. And it’s awesome.